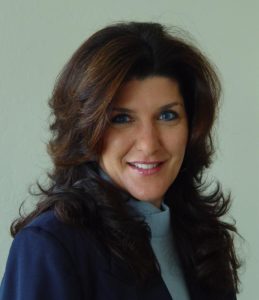 Marla Sloane née Susie Melkonian is Almast’s granddaughter and grew up on a farm just minutes away from her beloved grandmother.  She recollects spending every Sunday morning at her grandparent’s farm where Almast would make waffles for breakfast.  Marla remembers how there was nothing Almast couldn’t do; she would work the farm, make dinner for the entire neighborhood, and dispense old world medicinal treatments and guidance to all who came.

Almast was a woman before her time… she was fearless and an excellent role model; she was a woman of great strength, integrity, and wisdom; revered and loved by the whole community.  Watching Almast overcome such great devastation and thrive in a new country, Marla came to believe that girls could do anything.  This inspired Marla to challenge the traditions and status quo of her time, going to college, having a career and sharing her voice.

Following in Almast’s footsteps, Marla went on to start her own successful business and ultimately obtained her Ph.D. in Psychology to guide others in overcoming life’s challenges.

Almast made such a profound impact on Marla’s life that she felt compelled to share the lessons she learned along the way.

“Impossible just means it takes a little longer,” was the true embodiment of Almast’s spirit and the essence of the screenplay.